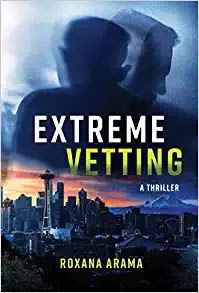 I received a gifted copy and am providing a review. (Publishing February 7, 2023.)

Laura Holban is an immigration attorney, she herself having come to the States from Romania. The main client she is helping in this tale is Emilio Ramirez and later his wife, Blanca, the main goal being that they are allowed to stay and work in the US, after having come to the States a very long time ago. Emilio is hardworking as is Blanca, so much so that they built their own home to raise their two sons, Jacob and David. Laura also has a daughter, Alice, as well as her mother who is still in Romania and an ex-husband, Adrian, who is with his new family in Romania as well. So, not only is Laura having to deal with a system that is not friendly toward immigrants, but she is also having to deal with a teenager and not-so-nice feelings toward her ex-husband, who also wants nothing to do with Alice. Talk about a vicious circle.

So, she meets Emilio and takes on his case at the urging of his son, David, and really, the last thing she needs is another case, but when David knocks on her front door how can she say no? David and Alice also develop a friendship; they lean on each other. Enter Kyle who is willing to help Laura with her case because they discover not so up-and-up issues with the system they are working their way through. Laura also finds out that some of her clients who were deported, through no fault of her own, did not have such good outcomes. Emilio’s past has finally caught up to him and he has to tell Laura the truth as well as his own family.

This is Ms. Arama’s first novel and takes the reader through the trials of what it’s like to find asylum in the States, and even what it’s like to be deported. This tale takes the reader on the ups and downs of hope and disappointment while working one’s way through the system, both the lawyer’s side and the client’s. Emilio faces some truths and comes to a decision that will hopefully save his family, which makes him a very realistic character. David is a teenager wanting to help his family; those values having been instilled in him by his parents. I think it’s an extremely well thought out book for a first-time author and look forward to reading more from her. I hope you’ll give this one a read.