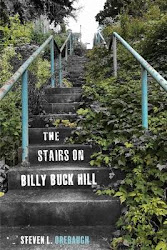 I received a gifted copy and am providing a review.

Kurt McCain, MD, anesthesiologist, working for a private practice affiliated with a hospital has a reputation for being on time, caring for his patients, going the extra mile including writing articles, doing research, being involved, being taken under the wing of his ‘boss.’ Being extraordinary in other words - living for anesthesia and his job. To his own detriment, not having a social life. He was involved with Cassy until she took off. His sister, Katy, thinks he needs someone in his life; Kurt hesitates. He’s been hurt before … by Cassy. Thinking he’s not ready to give his heart away again until … Lauren. Lauren is beautiful in every sense of the word - from her looks to her personality to the people she introduces Kurt to. Kurt finds himself becoming addicted to Lauren. Lauren, as it turns out, has other issues and is virtually using Kurt to get her what she wants. Fortunately, for Kurt, before it’s too late to turn back from the path he went down with Lauren, he gets bonked on the head with a door.

Being a medical transcriptionist, I’m always interested in reading a medical ‘thriller.’ This is certainly a different read, not a thriller by definition, but a book that entails what medical professionals are faced with on a daily basis … the temptation that stares them in the face. I think it’s an important topic that probably doesn’t get talked about enough. There is also quite a bit of Kurt’s personal story entangled within the pages - from the relationship he has with his sister and her family, the relationship he had with Cassy, with Lauren, with his inner turmoil about what he was doing with his own life, his career, culminating in the end with his recovery and his one final test.